In Donald Robertson’s latest book, How to Think Like a Roman Emperor, he quotes a story by Aulus Gellius and his work, The Attic Nights. Though the story is used to illustrate our natural bodily responses to events like fear which I discussed here, the story itself has a deeper meaning.

As the story goes:

A Stoic teacher was traveling the seas. During his travels, the weather took a turn for the worst and the ship was sent headlong into a storm. The philosopher and crew feared for their lives. However, the storm soon passed and once safety was secured, the Captain began to mock the Stoic philosopher and said, “What does this mean, Sir philosopher, that when we were in danger you were afraid and turned pale, while I neither feared nor changed colour.” The Stoic replied, “Since you are desirous of knowing, hear what our forefathers, the founders of the Stoic sect, thought about the brief but inevitable and natural fear, or rather, read it, for if you read it, you will be the more ready to believe it and you will remember it better.” The Stoic then pulled out a copy of Discourses by Epictetus.

On the face of the story, it is there to express the fact that we have natural bodily reactions to external events, such as when we are in harm’s way and our adrenaline spikes, for which we cannot control. However, the subtle undercurrent of the story is that we need anchors within our lives for when times get tough.

Too often, we think that we alone, through the will power within us, can take on the world and conquer any adversity that comes our way. We think we are like the Greek titan Atlas, who represented endurance and strength, and was often depicted, such as below, holding a globe, or world, in some sense, as he took on the weight of the world. 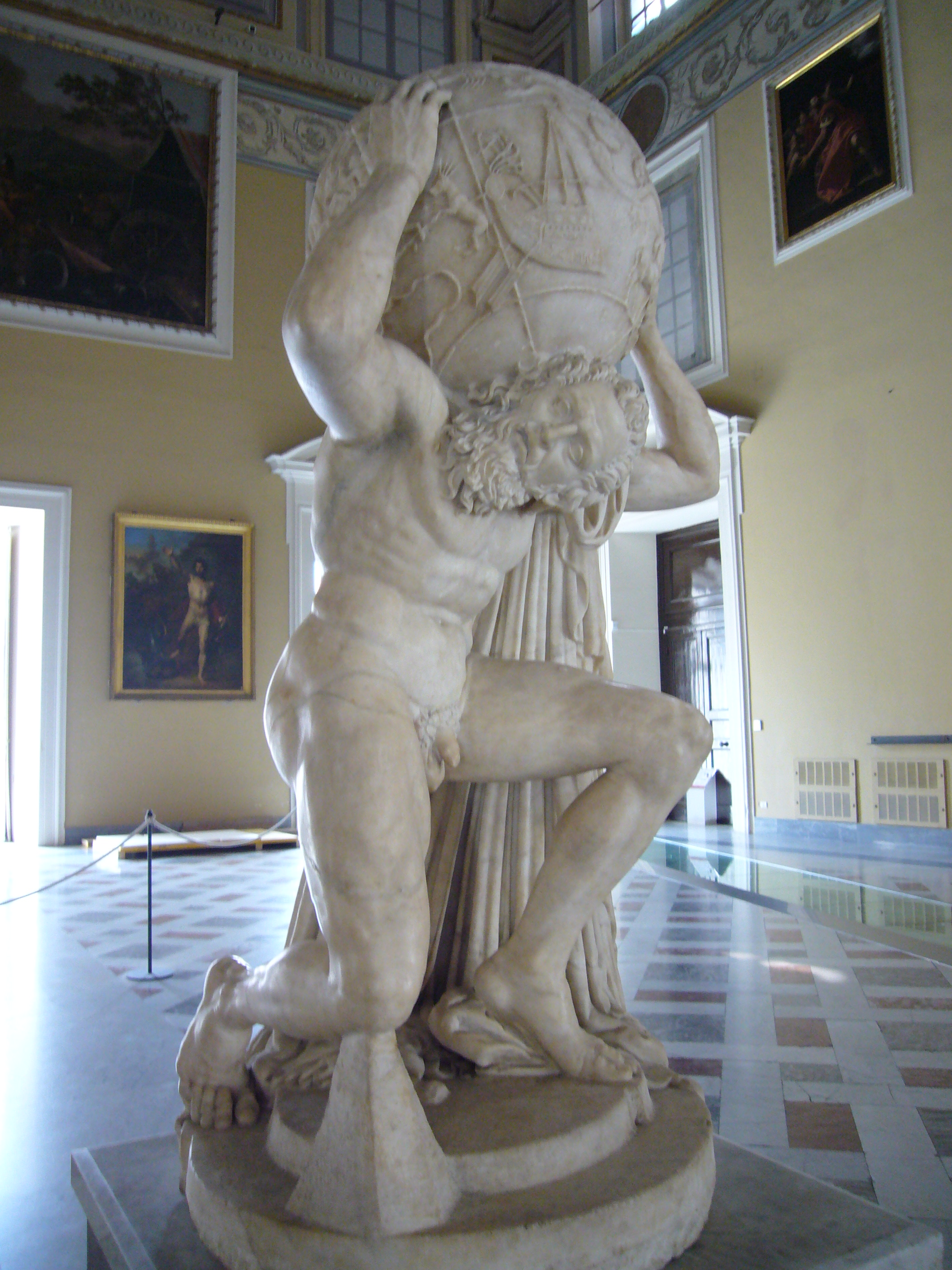 But mythology aside, we as individuals cannot single-handedly take on the world. We need to find a way to anchor ourselves to something stable during turbulent times so that we can use them as strength. The world, either fortunately or unfortunately, always continues charging ahead, each new day bringing with it new challenges. But by having an anchor, by attaching ourselves to something which is constant, we can find strength in times of need. Some people turn to philosophy, others religion, and even more a person. While the philosopher from the story held the Stoic philosophy as an anchor in his life, not everyone will lean into philosophy. Whatever works for you, use it, and use it unashamedly. Everyone needs an anchor during trying times. And we all will face them at one time of another. Your life can be okay one moment, and in the next, completely different.

“Neither can I be angry with my brother or fall foul of him; for he and I were born to work together, like a man’s two hands, feet or eyelids, or the upper and lower rows of his teeth. To obstruct each other is against Nature’s law – and what is irritation or aversion but a form of obstruction.”

Seneca himself preached the positive nature of philosophy stating:

“No school has more goodness and gentleness; none has more love for human beings, nor more attention to the common good. The goal which it assigns to us is to be useful, to help others, and to take care, not only of ourselves, but of everyone in general and of each one in particular”. (On Clemency 3.3).

Epictetus too, preached to his students, stating:

“What then does the character of a citizen promise? To hold nothing as profitable to himself; to deliberate about nothing as if we were detached from the community, but to act as the hand or foot would do, if they had reason and understood the constitution of nature, for they would never put themselves in motion nor desire anything, otherwise than with reference to the whole” (Discourses 2.10).

Do not fool yourself into thinking that you are different, that you will not face adversity. We will all, at one time or another, face adversity within our lives. Sometimes it is something we can overcome ourselves, other times we need support. We are living through very trying times. When faced with adversity, find your anchor, find what helps to strengthen you during these times, and use it for support.

We are here to build each other.

The art of living a virtuous life.

Accepting One’s Fate: What Stoicism Can Teach Us About Embracing Life’s Events

This site uses Akismet to reduce spam. Learn how your comment data is processed.

Copyright 2020 Stoic Within, All Rights Reserved

Stoic Within participates in the Amazon Services LLC Associates Program, an affiliate advertising program designed to provide a means for sites to earn advertising commissions by linking to Amazon.

Strategies, lessons, and techniques from some of the wisest philosophers of all time
to help you conquer your goals.